Untidiness could help save the planet

Are we being too neat?
I don't know where the passion for neatness in the environment came from. Maybe it’s an inherent need to impose order upon the chaos outside in what was once a very wild and unpredictable world. Whatever the reason it has stuck. Most people now expect neat and tidy greenness when they step outside. Neighbours get worked up if the people around them don't mow their lawns or allow brambles to snake over the garden fence.

This extends to the public realm where Councils are berated for allowing kerbside grass to get to long or leave areas of unmown grass in parks. People behave as if civilisation is crumbling if everything isn't tightly mowed or pruned. Vast swathes of public walkways are now covered in hard paving rather than untidy, hard to maintain grass. Countless nature reserves in cities spend years educating their visitors on the reasons why they don't mow their meadows because invariably they get criticism for allowing the site to get messy.

Trees are also at risk. They are removed for dropping sticky flowers, fruit or sap onto the pavement and the cars parked under them. Do you remember when supermarkets were still required to put trees in their parking areas? Have you noticed how that has vanished? We now have neat, treeless, smooth tarmac.

Our gardens are going the same way. We no longer have time to maintain them so more and more people are going for low maintenance paved gardens with a thin strip of ornamental shrubs round the edge. Worse yet, we're also tidying up our fences, making them gap free with concrete running boards that exclude everything but the birds and the flying insects. One of my neighbours takes neatness to an extreme and pulls the petals off her roses when they are in full bloom lest they drop onto her pristine, pressure hosed, paved garden.

Is neatness bad for the environment?
Whilst our neatness might appeal to a proportion of the population and may be enforced as the social norm, it is harming our natural environment. We are reducing the number of plants that surround us and we are reducing the variety of that plant life, which has a knock on effect for the animals that rely upon the plants for food and shelter.

Weeds are some of the most affect plants. We reserve a special destructive passion when it comes to weeds. If there is one thing a gardener must be sure of doing it's removing weeds. If you are a keen gardener there is some sense to this as many weeds are highly invasive and given half a chance will swamp all your delicate garden plants but outside the garden we should cut them more slack because they provide a valuable service.

Most people are already aware that nettles are an important food plant for the caterpillars of many moths and our favourite butterflies such as the red admiral, small tortoiseshell, peacock and comma and some gardeners will leave a patch of nettles alone in their gardens. But did you know brambles are great for insects and birds? Their flowers provide nectar for bees, the fruit is food for birds and mammals alike and the thorny thicket they create provides a safe place for birds to nest and mammals to hide up during the day. Bindweed is the bane of many a gardener but provides a rich and ongoing source of nectar across the summer. Many insects need particular plants for their very survival. The tansy beetle only feeds on the tansy plant. If the plant vanishes so does the beetle.
  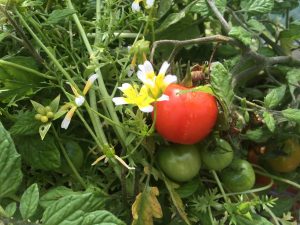 Tansy beetle by Geoff Oxford
Wilderness is good for you
Aside from the value to wildlife, wild nature is good for us too. Whilst a neat and manicured park can be pleasant for an afternoon ramble the wilder nature parks provide a deeper sense of wellbeing. But we shouldn't confine our experiences with nature to the occasional outing. We should encourage wildness all around us. Let's have long grass where we once had short mown grass, let's plant more trees and allow self seeded trees to flourish, let's encourage a wide diversity of weeds to grow on our pavements and within the public realm, let's encourage ivy to creep up trees and buildings (it isn't half as bad as we've always been told it is) and let's rejoice in the diversity we create. It doesn't take much effort to do this. For much of the regeneration we can just sit back and watch it happen, with a bit of judicious trimming back when required. Try it, you may find you like it. And if you have been beating yourself up about being lazy and allowing your garden to turn into a jungle, give yourself a pat on the back because you are actually doing more good with your benevolent neglect.

 
Although this looks untidy it’s good for wildlife 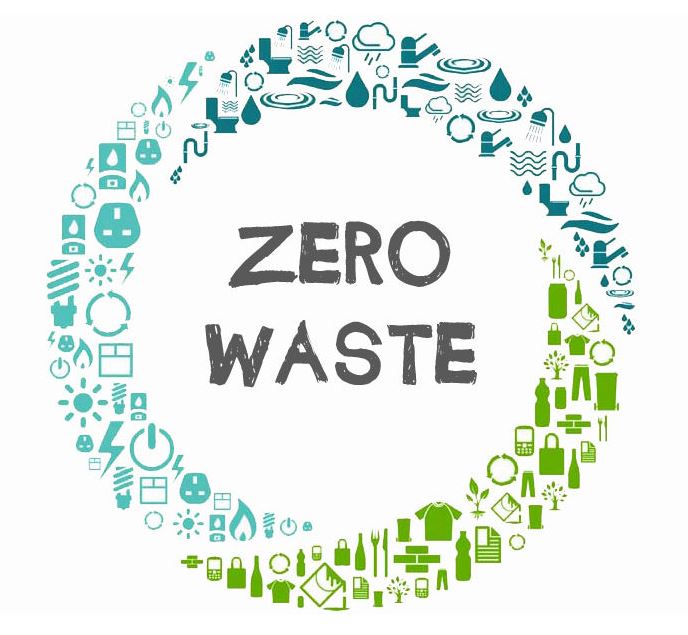 As Zero Waste Week (www.zerowasteweek.co.uk) comes to an end it seems a good time to talk about some of our initiatives at […] 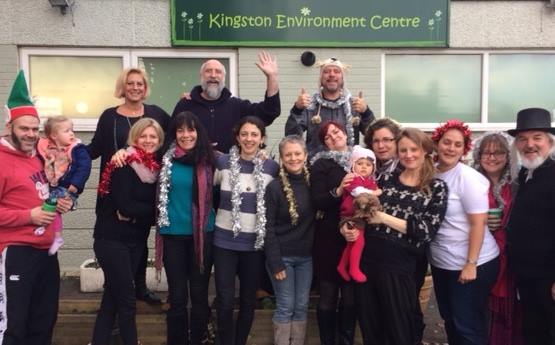 Kingston Environment Centre is under threat of closure as the council has not confirmed it will extend our lease, which runs out […]

The Annual General Meeting was held on 11 February 2021 We elected a new director Maggie Pound. Maggie is a stalwart of […]