Thank you for your interest in the Great Green New Year Gathering on January 26th, and for coming along if you did. We have now published a full, colour-coded, account of the morning which we hope will be of interest and perhaps a spur to action. If you haven’t signed up […] 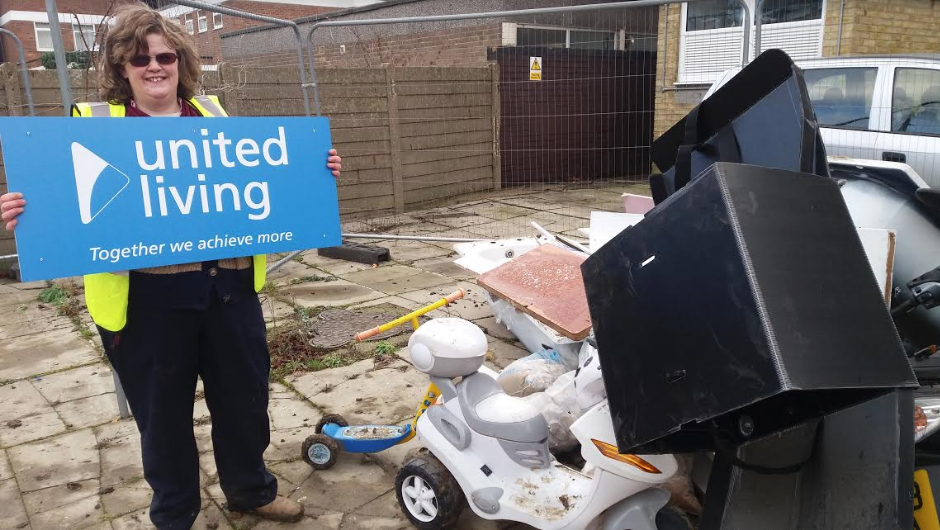 On Saturday we organised a community clear up for the patch of seemingly-abandoned green land which borders us here at KEC, as well as Nando’s and Charnwood Close. We had a fantastic response from local residents as well as local Beverley Ward councillors, Cllr Lesley Heap, Cllr Jaesung Ha, Cllr […]

Thank you to everyone who came along to the Great Green New Year Gathering at KEC on Saturday 26th and contributed to such a positive discussion; we look forward to a year of activity and activism as an outcome of all the ideas and energy in the room. A full report […] 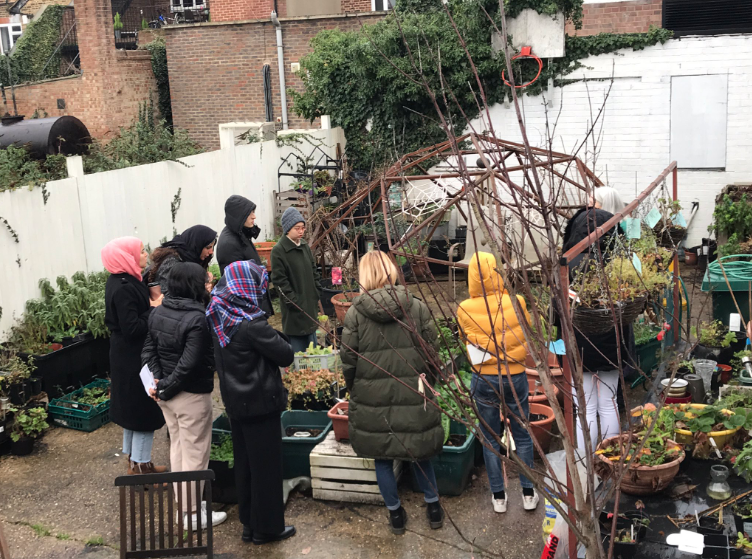 We had a fantastic visit at the Kingston Environment Centre from the students at Kingston School of Art who are doing a MA in Sustainable Design. They had a tour of our centre, engaged in really interesting conversation about national environmental issues and also discussed our work here at the […] 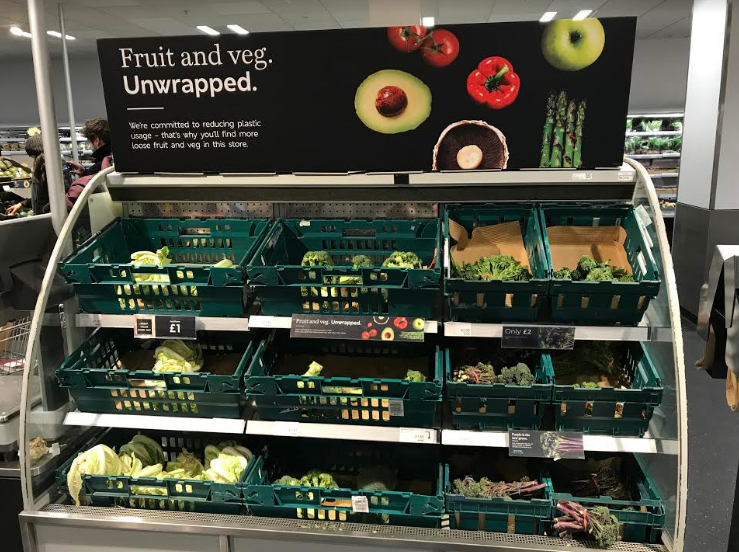 We were absolutely thrilled here at the Kingston Environment Centre to hear that M&S in Tolworth have now launched their Plastic-Free Fruit & Veg aisles! It’s often very difficult to buy fruit and veg in supermarkets without being inundated with plastic packaging, and this is definitely a step in the […]

For a chance to win a £100 voucher from Court Farm Garden Centre, please fill out the SHEDx Green Audit survey at https://www.surveymonkey.co.uk/r/shedx-growingideas SHEDx is a two year project by The Community Brain, designed to support community-led regeneration in Tolworth with creativity, imagination and your ideas. Their Green Audit is focused […]

Our Great Green Gathering, with our friends at Transition Town Kingston (TTK) is taking place THIS SATURDAY! This is one of our first steps in seeking to bring together all of the environmental groups operating in Kingston to work and communicate better together. If you are a keen environmentalist living […] 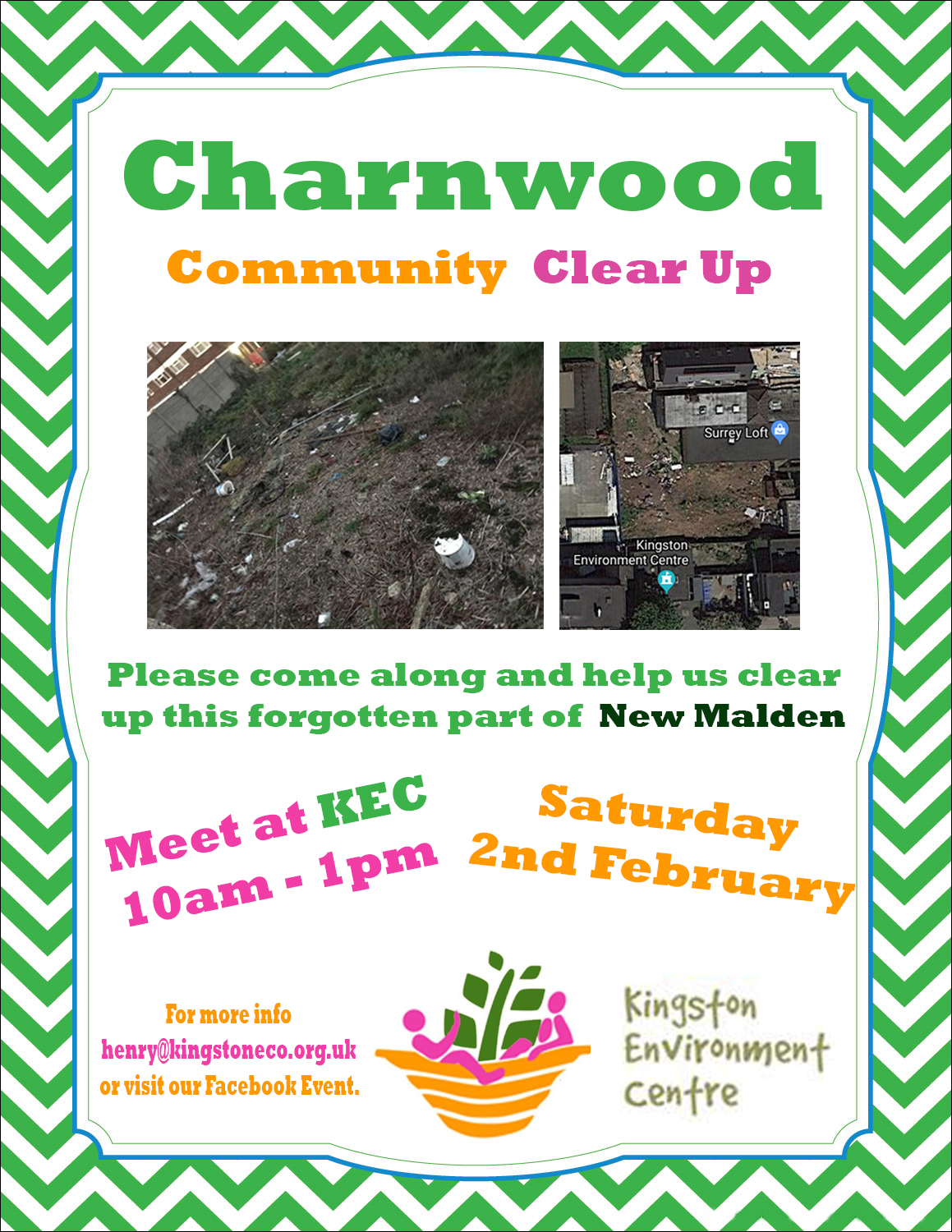 On Saturday 2nd February we are leading the ‘Charnwood Community Clear Up’. Come along and help us clear up this forgotten part of New Malden. It is currently derelict, green land which borders us at the Kingston Environment Centre, Nando’s and Charnwood Close, and is in need of some much […]

What a fantastic evening! Thank you so much to everyone who came along to our Solstice Party on the 21st December. A big thank you to our friends at Transition Town Kingston (TTK) for co-hosting the event with us, you can find out more about them HERE. And the music […]

Recently on Kingston Green Radio, Save The World Club’s Des Kay spoke about the work of this Kingston Charity and the lows and highs of fundraising. The Malden Manor Community Transformation is a great example where all kinds of local stakeholders can get behind a project in a big way! […]